Just a thought… People don’t buy because what you do is awesome. People buy because it makes them feel awesome. [Tara Gentile]

Welcome to a brand new week. And thank you to Carol for sending a pic of my book at Chapters Indigo in Ajax… 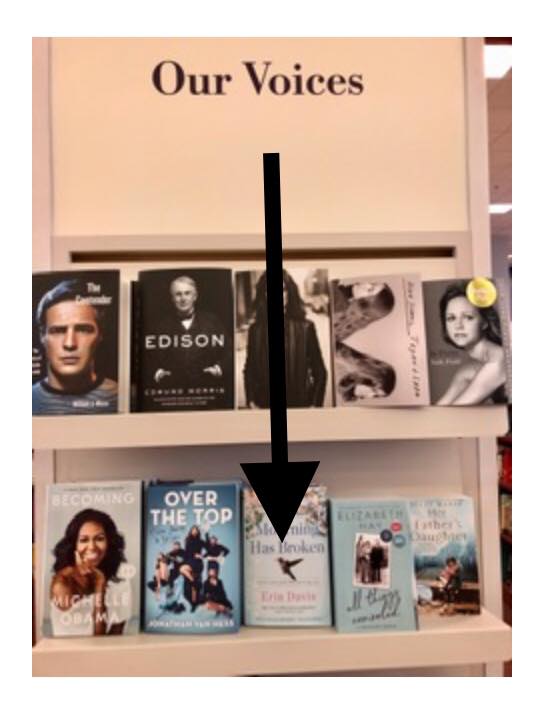 And to Diane for this shot from her local Scarborough Shoppers Drug Mart. I don’t take these for granted, not for one minute. Each one gives me a bit of a thrill, and is just a reminder of the incredible road that has been 2019. 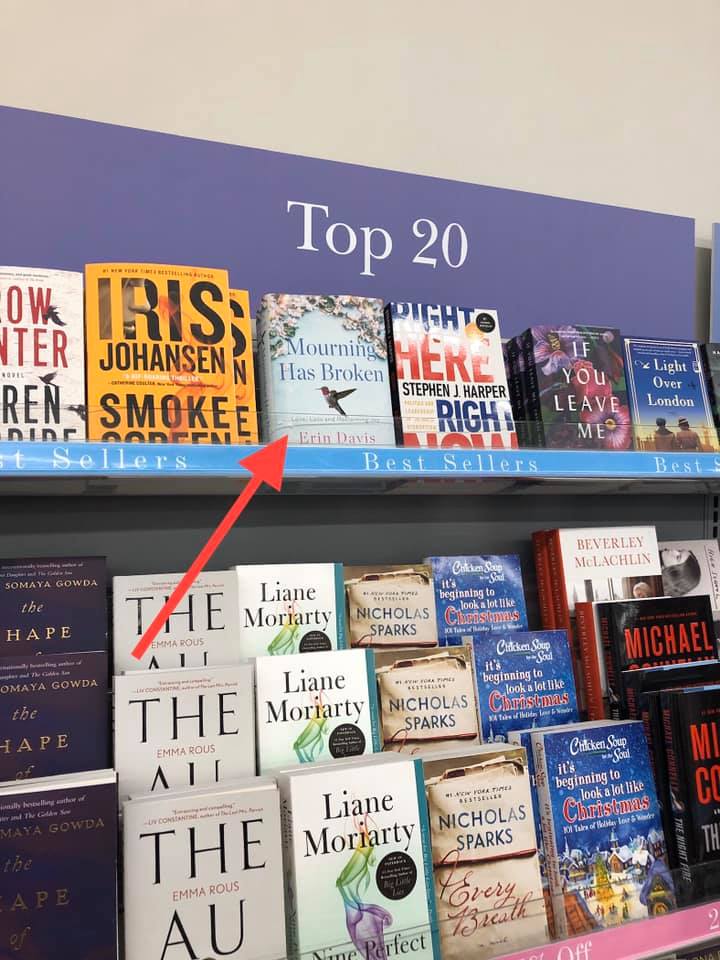 Last week we listed a couch for sale that we no longer want. That little tidbit will come as no surprise to anyone who knows me; couches tend to have a lifespan of under five years in my presence. We carted two heavy mechanized pieces all the way from Ontario only to sell them cheap in Victoria; goodness knows my friends have inherited couches many times through the years.

However, in my defence, I have one sister who moves houses with about the same regularity, so I don’t feel so bad about trading out a couch every few years!

So here it is. We put the white two-piece leather sectional on Craigslist on Tuesday night and by Wednesday we had three responses: one from Sergio who wanted to come sometime in the morning hours. I told him mornings were good for us. Aaaaaand…*crickets from Sergio*.

Rob heard from Kyle, who couldn’t get the couch this week but would check with us next week to find out if it was still available. Okay, so that was a definite maybe.

Then Rob received an email saying that this third person was out of town but if we’d add another $25 to the price, he’d come and get it when he came back. A HARD no to that one! We didn’t even follow up to see how this person figured that that financial transaction was going to go down.

I remember well when the sister I mentioned above was trying to sell a piano and she heard from scammer after scammer saying that they were buying it for a relative but would send the money once it was picked up. OH YEAH, pull my other leg. Or better yet, pull my finger….

Then Friday came and we had not one or two but four interested inquiries. What to do? We heard back from Sergio (our message had gone into his spam folder) and it turns out he and his wife were interested! They saw it on Saturday and on Sunday we said good-bye to our sectional about one hour before the new one was delivered. Talking about timing; thank you, Craigslist!

Rob was reluctant to list it there as we’ve heard of so many scams, dead leads and ways to be hung out to dry: the most common we experienced over the years was people coming by with less money than the ad asked (and no intention to pay full price or go to an ATM). But we made it clear on the phone that we were not budging and we weren’t going to go lower. We did, and here’s why.

When the couple arrived, they were lovely: he’s an architect, she works in a well-known local restaurant, one we’ve been tempted to visit when company comes. So some insider information was handy! We talked about flights to Mexico, where they’re from and where my sister resides, and had a nice visit while measurements were taken, and so on.

When we came to the price, Rob reiterated that we were firm, as we had several potential buyers. But then you come to the “bird in the hand” (and purchasers in your house) position and you weigh your options.

Also, from what I know of shopping in other countries including Mexico, I had formed the idea that with them coming from a country where bartering is an art form, it would be almost an insult to this couple not to offer a lower price.

To give them a sense of accomplishment knowing that, not only did they get a piece of furniture they desired, but that they’d been able to get a better price for it than we’d asked. I think that’s a win/win; as much as I hate bartering, it seemed like the right thing to do, given to whom we were selling.

Half an hour after pick-up, they sent a picture of it in their home and it looks just perfect. Wonderful. Why can’t every transaction be this warm and fuzzy?

I’m not sure if the Craigslist climate is one that comes with an expectation of lowering your price (especially when the “bird in the hand” shows up with fewer bills in his feet than you were asking) but I think we did the right thing. It all worked out – both sides were happy and who can ask for more than that?

Have a great day and we’ll be back with you on Thursday with a journal about putting on my fighting pants for a scammer’s call. Turns out I packed and brought them with me, and it’s a good thing, although HE might not think so!