Just a thought… Be Kind. Be Calm. Be Safe. [Dr. Bonnie Henry]

Hello and welcome to a new week. As Ontario (where most readers here seem to reside) begins moving into phase three of post-COVID life, from here in BC where we’ve been in that phase for a few weeks now, I can tell you that life is far from normal. And as hard as it is to take, we’re going to have to take it as it comes. 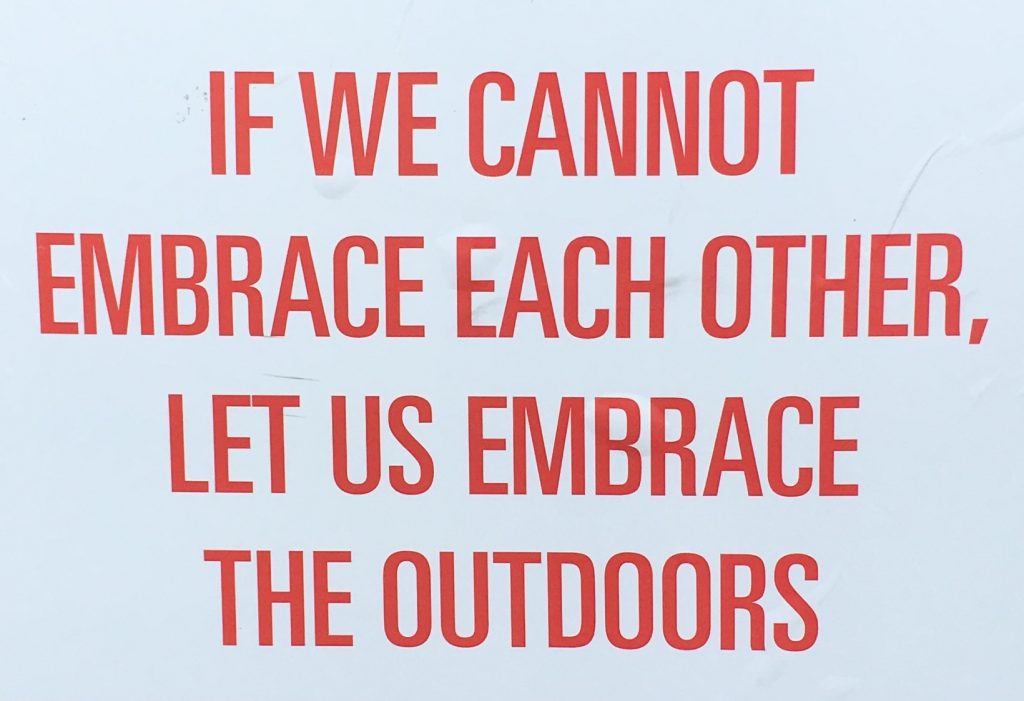 Yesterday we were tourists in our own city. We decided just to enjoy the sights and remind ourselves why we love this area and its capital so much. As we strolled the empty downtown sidewalks, about as many stores were open as closed and, not needing anything, we mostly window-shopped.

As glass panels spared us the chilly winds blowing off the water, we enjoyed a meal outdoors at a restaurant overlooking the harbour. This was a view we took in an hour earlier and, as some background, you should know that usually on a July Sunday you’d be shoulder-to-shoulder with other sightseers out enjoying the perfection of the day. But not yesterday. 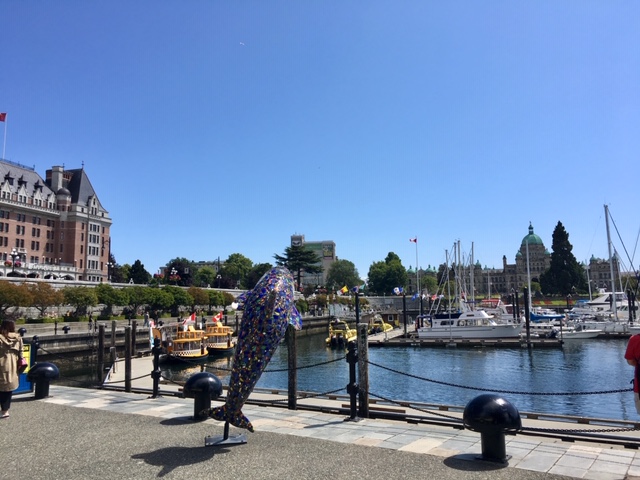 In an area that would usually be bustling with vendors, musicians, visitors and residents, there were just a few dozen people and, if they were like us, they were just strolling and counting their blessings. But we also mourn the loss of the livelihoods of so many: with no ferries coming from Seattle, or international cruise ships bringing travellers by the thousands daily to our shores, a city that thrives on tourism is starving for attention.

Even those few who do venture here from off the island are finding the WELCOME mat rolled up; cousins of ours are visiting from out-of-province and had troubles finding a resort up island to which they could plan a short getaway from their family home base in Victoria.

Many, if not most, BC resorts are only allowing residents of this province to book with them, for obvious reasons of COVID safety and to prevent any spread of the virus within British Columbia. While this has proven inconvenient and unsettling, it takes only this picture of Alberta’s lovely Sylvan Lake on the weekend to underline why there’s no such thing as being too careful when it comes to a province protecting her own. 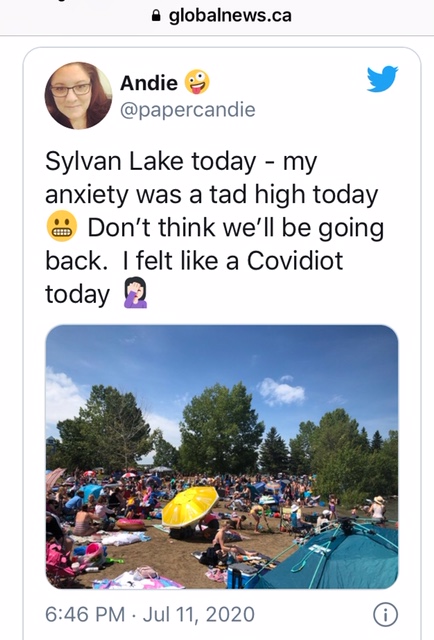 With the exception of the now-infamous lippy Letitia, who made news across Canada and the US when she posted a video of herself refusing to wear a mask at St. Joseph’s Hospital, our social media feeds have been filled almost exclusively with clips of Americans behaving badly.

They’re screaming about their rights in fast food restaurants, at grocery stores and wherever else hapless employees are telling them that they have to wear a mask to try to stem the spread of COVID-19. (Funny how the No Shirt, No Shoes, No Service signs never brought them to such insanity….)

But let’s not get too full of ourselves. It’s becoming clear that as the pandemic wears on, Canada has more than her share of people refusing to take precautions because: a) they wrongly believe they’re too young to catch the disease, b) they believe that if they do catch it there won’t be any ill effects or residual damage, or c) and this is not the least of the reasons: they prefer to take the word of a wingnut website, or a video that a friend-of-a-friend-of-a-friend posted, over the intelligence of actual lifelong scientists and epidemiologists.

My sister unfriended someone on Facebook on the weekend when that person posted a question about the test swabs: “How do we know they’re not implanting something in our brains?” (I’d have been sorely tempted to respond, “Honey, your brain is clearly something you needn’t worry about as you don’t appear to be using it anymore.”)

I’m afraid it’s too late to slam the internet’s Pandora’s boxes closed, but people have to choose their news sources more carefully and digest their contents even more scrupulously. As someone wiser than I once said, “You’re entitled to your own beliefs, but not your own facts.” I’ll believe a scientist and go with the facts, thanks. And masks? Absolutely. Until there’s a vaccine or no new cases, unless I’m at home or in my little social bubble, that thing is staying with me like it’s my iPhone.