Just a thought… Little by little we let go of loss, but never of love. [Author Unknown]

And so…it’s Valentine’s Day. I know you know; how could you not, really?

I know it’s a day that a lot of people look down their noses at and that’s okay. Sure, it’s what they call a Hallmark holiday, but if you want to mark it, who does it hurt?

If you’re like me, it mattered most when we were kids; of course, this was before everyone got a Valentine out of kindness and compassion for those of us who could count the ones they received on one hand, and maybe have a finger left over. Oh, but when I was a teenager, I spotted and excitedly clipped an ad out of the Toronto Star, barely bigger than a postage stamp, from their paid Valentines classified section. Remember those?

It was from “His name to Erin.” Now, although it was my boyfriend’s or would-be boyfriend’s name, he definitely hadn’t taken out that ad for me. But I held on to that tiny clipping as if he’d written it. Hey – a girl can dream. And for all I know, it’s all yellowed and tucked into the bottom folds of a long-ignored box somewhere in this house.

Of course, today, paying for a message in a newspaper is about as relatable as putting a message on the foot of a carrier pigeon.

I can tell you now that I did run into that former Valentine, during an event when Mourning Has Broken came out in February 2019. I didn’t notice him in line to get my book signed until “In My Life” by the Beatles, which just happened to be one of “our” songs, came on in the store and someone piped up, “Hey, who’s picking the music?”

I looked up and I couldn’t believe my eyes. I confess to not being totally present for the person who was standing right in front of me and had bravely ventured out in the midst of a raging snowstorm. But this man was someone I’d hoped to run into for nearly 40 years since our relationship ended – maybe at a school reunion, at a dedication at my high school’s “wall of fame” – just anywhere, to see how life had treated him and how much he’d changed. (I mean, aren’t we all curious about how those high school sweethearts aged?)

I don’t think I even noticed what 40 years had done to (or for) him when we met that day in the book store and caught up a bit later while I was on a break; although, as you well know, I am very happily and terminally married, you never forget your first love.

There’s something else though that I remember from that day: besides the Beatles coming on in the store, there was one more nudge from chance. As we said our good-byes back in the book store, I leaned in for a hug, and spotted this over his shoulder. 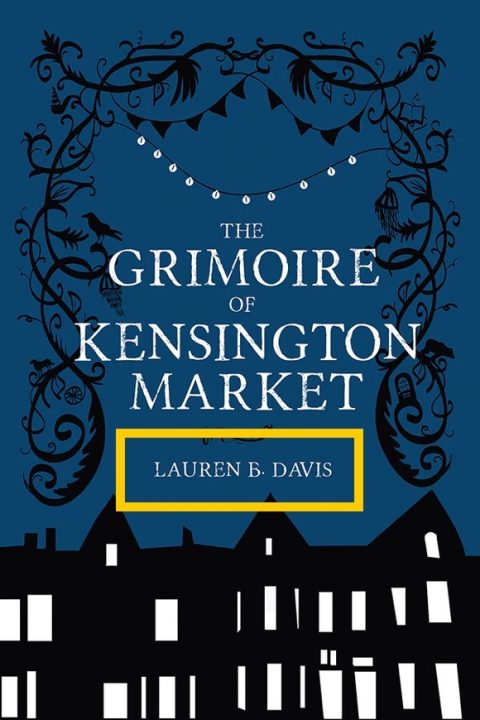 Yes, the author’s name (except for the middle initial) is Lauren Davis, the same as our late daughter’s – the person whose passing, and the lessons that came with it, brought about this whole book-signing business to begin with.

Do I think Lauren brought us together that day? Oh, heck no. She was saying, “Mom – I see you. Sit down and behave yourself, will ya?”

That’s the thing about Valentines: we remember the ones we got, the ones we didn’t, and then there are ones who really had our hearts but are no longer here – always with us, keeping a watchful eye and sending, not flowers, but occasional messages of love, support and, yes, flicks upside the head to remind us they’re there and to be good. They are here; I know it in my heart.

You have a gentle day, and I’ll be back with you here on Thursday.