Just a thought… The gifts of an honorable well-lived life are in those who will miss you once you’re gone. [Don Williams, Jr.]

Today I’d like to tell you the tale of two men. Coincidentally, they were both game show hosts, but there their similarities end. Let’s open the book together. Settle in with a cup of what soothes you and here we go. 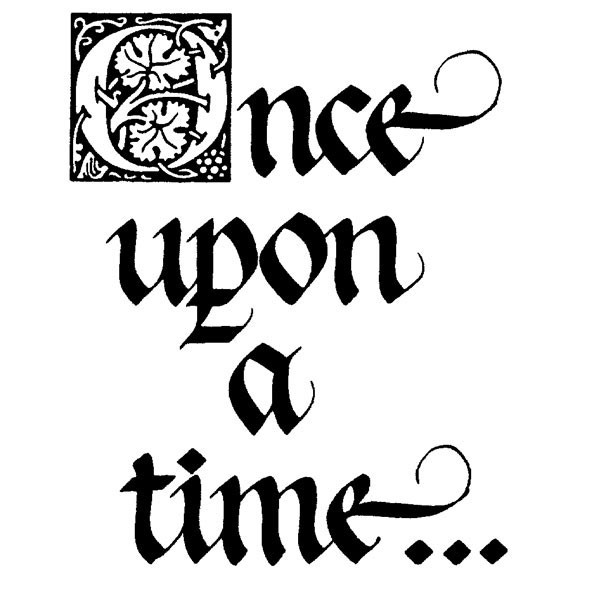 …there were two boys. Both were raised in the same era but miles and miles apart in nearly every way: while one came from a humble place, the son of a hard-toiling immigrant and a woman whose people had come to the land millennia before, the other was born in a manor in a place royally named Queens. He was the son of a bitter and greedy property owner, a man who was miserly of spirit, yet he gave his boy many riches and told him to make more, to win no matter what. Although the boy really yearned for the attention of his ailing mother and his distant father, he took the lessons to heart because it was the only thing he could do.

The first boy grew up and left the mining town of his childhood and went to a place of higher learning to study philosophy. He was a smart and ambitious young man and people liked to watch him as he worked and so he had a thought: Why not make my way entertaining them? As time went on, he would parlay his affable skills into fame and fortune in a much larger kingdom. But while on his travels, he watched and learned from people who knew more than he did, made many friends and eventually built a wonderful life. Soon, everyone far and wide knew his name and what he did, and he was loved and admired by a great many, but most importantly his wives (of which he had two), son and daughters.

The other man took his father’s money and spent it unwisely again and again, but still his father – and others – gave him more. He honed his trickery so that good merchants who shared with and trusted him were left broke and broken. When they asked him to pay what he owed, he laughed and said, “It is what it is!” waving good-bye as he headed off to new pursuits, where he could pillage to his heart’s content. His talent for sleight-of-hand and for shouting and posting his name throughout the land garnered much attention and the crowds that would listen to him weave his tales would cry out in adulation.

During these decades, the first man continued to succeed at his job, delighting those who knew him through his work and helping to spread knowledge and enjoyment everywhere. In his way, although he was not a doctor or a civic or religious leader, he found himself happy to be doing what his talents had led him to, lo those many years before. He brought people joy.

The second man continued his scrappy ascent to power. He did so by posting messages throughout the land that the man who was in leadership was not even born in that great country! Many began to believe him and accused the man who had been chosen to lead his people of being many things he was not. Seeing how easily he could fool those who believed him, the second man posted more messages for people to see and tossed out falsehoods and barbs with the same frequency that his followers threw their hard-earned coins to him. Soon it dawned on the man that if he tried, and he found more people like him from far and wide who would help bring his plan to fruition, he would take that gleaming white house at the top of the mountain, the home of the good man with darker skin.

At last, he thought, all of the gold would be his. No one could ever deny him again and those who dared protest his lies and his obvious evil doing would be vanquished. If anyone – even his vaunted courtiers – pointed out his malfeasance, they would be smeared and run out of town in fear for their lives. Why, even the town criers were afraid, for the avaricious man hated them most for telling the truth.

Far away, in the first man’s peaceful garden in a city named for angels, one day a huge dark cloud crossed the sun. The man became very sick and doctors told him that he had been struck with an incurable disease. But rather than keep his hardship a secret, he shared his trials and his pain so that others who had been visited by this awful illness would see hope and know strength. As the people prayed and sent their good wishes, the man expressed his gratitude and humility for all to hear and see. And he continued as best he could; his work was far from done, he said.

In that time, the second man (now golden in colour, as his aspirations overtook him so completely as to seep through his pores) had been carried on a gilded litter by his adoring masses up, up, up the mountain.

Alone in his bed in his gleaming white house at the top of the world, the angry man felt as happy as he could feel, which was really not at all. You see, he had never truly experienced love – not from his parents, not from his many wives, not from his siblings and, most of all, not from himself. Oh, he regarded his reflection with great admiration, but still inside he knew that he would never be enough; never have enough.

The gaping wound that this knowledge left, he tried to fill with acquisitions, accolades, power and lustful pursuits, but still he could only take pleasure in people’s suffering. Despite the rising voices of disdain as his cruelty was noted, he looked down from his kingdom and decided he would never leave; the people who carried him up there and cheered him every day were all that he had, although he not-so-secretly despised every one of them.

As time passed, the veil began to lift from the eyes of some of the less gullible residents of the bitter man’s kingdom and there grew unrest. When his subjects started to die from a mysterious plague, the man did nothing to help them. He told them it was harmless. He encouraged them not to fear the disease that was taking them, and to ignore the wise men and women who had advice on how to fight this strange illness. He would not even encourage the simplest of ways for those who loved him so to survive, perhaps: a small piece of cloth. He held great rallies so that he could hear them cheer his lies and vitriol, knowing that many would become sick and even die in payment for their boundless love. “It is what it is,” he said with a shrug.

Back in the land where the sun sets later, another disease had much more quietly been hard at its dastardly work: the first man had gone to sleep and was not going to wake up again. No amount of tears or well wishes, thank-yous or prayers could bring back the good man. The people who loved him – and there were a great, great many in his homeland as well as in the country that had welcomed him – mourned and shared their memories. It was a dark day for the people who had hoped that this good man could somehow triumph over a despicable illness. Alas, after a hard-fought battle, he could not.

And yet, strangely, that same day, as the people shed copious tears over the pain of the passing of a man they’d never met but felt they knew, there was experienced elsewhere an underlying thrum of joy. For over on the top of the mountain, there had been, the night before, an enormous but peaceful overthrow. Turrets were toppled as the suffering people – whom the golden man had so horrendously treated, ignored and over whom he had even enabled that plague to spread – climbed the rugged, pitted roads to take the man out of the house that their years of struggle had paid for.

The man, seeing his fate before him, shouted epithets against the people. He demanded they reconsider their hard-wrought decision. “Unfair!” he cried. “Rigged!” he screamed from what remained of his castle. He accused the people of the kingdom of all manner of filthy misdeeds until, finally, when no one could stand his lies any longer, he and the members of his inner circle, who supported him still and stooped often to pick up coins that fell from his coat, packed up as many bags as they could carry, filled them with finery and riches, and plodded back down the pitted road to plot their wicked revenge.

“You haven’t heard the last of me,” he shouted, as the church bells rang in faraway lands to celebrate his downfall. The peals and cheers drowned out the angry moans of those who seethed at having been duped so fully. Some were still loyal to the golden god and, aided by a duplicitous fox and a tricky turtle, pledged to show their loyalty and to fight to keep the good people of the land in their place of suffering and subservience.

As the sun sets on this story, we know not how at least part of it ends. But we choose to set our sights on the good man: the first man and his long life and his decency, kindness and spreading of joy. And we choose to hope that when lights again burn in the windows of that house on high, and a good soul like the first man takes his place within, that illumination will begin to imbue the land with calm and peace; with the confidence in knowing – not just believing – that how we better the lives of others, how we enrich those around us, is more important than simply filling our own pockets and taking what we can from the years and opportunities we are given.

And that sometimes, in order to find the answers, we have only to ask the right question. We get to decide just what that question will be.