Just a thought… There are two responsibilities in life: to accept conditions as they exist, or accept the responsibility for changing them. [Denis Waitley]

Because I know that many people who visit here are based in my old home province of Ontario, I am watching the news and following what’s happening with the latest lockdown. People are angry. Some are angry that they can’t go to the mall; others are angry because people want to go to the mall and shouldn’t. Okay, as of today, that changes. They just can’t.

I was preparing for a speech I’m giving later this month – virtually, of course – and re-reading the writings of Dr. Viktor Frankl last night. He was a psychiatrist and neurologist who was brilliant from the get-go. At the age of three he decided he wanted to be a doctor, and this Viennese child, before he was even out of his teens, sent one of his papers on finding meaning in life to Dr. Sigmund Freud. Imagine his awe when Freud himself asked permission to publish the paper.

Dr. Frankl was taken to the Nazi concentration camps and lost his entire family – including his wife – to the horrors of the Holocaust. (Only a sister who had fled to Australia survived; Viktor himself had been offered an immigration Visa to the US in 1940, but seeing what the future held in his home country of Austria, couldn’t leave his parents.) 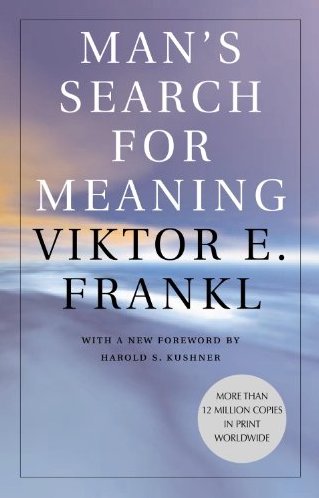 Why am I bringing up Dr. Frankl? Besides the fact that he wrote one of the best books I’ve ever read, Man’s Search for Meaning, about his observations and work in the camps to help those who had just arrived to adjust and hopefully to survive if they could, he had some wisdom that applies to us all, even today. Especially today.

One of his lessons is that the people who did manage to make it out of those hell holes alive were the ones who had found reasons to live. I know that sounds simplistic – believe me, he puts it better than I do – but in his pre-war work with troubled teens, work that actually eradicated suicides in students who had gotten bad grades and proved his efforts effective, he asked “Why do you not commit suicide?” And when the students or whomever he was treating (later suicidal women) answered, then he grabbed on to those things that his patients or the students said, and helped them focus on what gave their life meaning.

We’re all going through a great deal right now – our dreams are filled with fears and anxiety, according to a recent U of T study – but I’m going to ask you to consider the things that make your life worth living.

We have to. We’re going to get through this, once the shots get into arms and hopefully people recognize that with freedom comes responsibility – another of Dr. Frankl’s tenets. We had the freedom to go to malls, and many people went. So, no responsibility. Confession: we did it too (although the malls here are a whole different scene than, say, Yorkdale). But maybe the people who insisted on lining up outside IKEA last weekend should take a moment to see inside an ICU instead. No cute Swedish names, just a lot of suffering among patients and staff alike.

We have to do better. Keep looking for your meaning. And if your reason to live is a new phone (why we went out – duh) or a big family gathering, try to picture when you won’t be able to connect with the people you love on that phone or at that table. Because if we don’t focus on our responsibilities instead of our freedoms, we’re not going to see the other side of this.

And now I’ll go back to chewing through my night guard. Yeah, I’m anxious too; you are not alone. Please take care and I’ll be back with you on Monday.