“Doctor, I think I swallowed a pillow.”

“Honestly – a little down in the mouth.”

Well, hey there – and thanks for coming by. In case you’re interested (and really, I’m okay if you’re not) my computer parts should be arriving by tomorrow and then we’ll see if they’re able to fix my inner workings.

Speaking of which, I had my biennial appointment yesterday to get, as our Brooke puts it, my “chimney swept.” Now, because I know that not just cisgender women come by here, I’ll couch this in very gentle terms, but the doc tried something different and I wanted to run it by you. A new take on this old wife’s tail.

First, though, a few hopefully amusing thoughts as I was getting ready for this most delightful (not) procedure, which is no woman’s favourite by any means, but which we regularly undergo to stay on top of our health.

I was remembering an observation someone once made about how women go to the doctor’s and, when we undress, we make a point of hiding our undies under our jeans, or hanging them behind our clothes so no one sees them. Like sharing a glimpse of our underwear is the most immodest thing we’re going to do that day! That has always struck me as funny and, yes, guilty.

I got to the doctor’s office at the time instructed, five minutes prior to my appointment. That’s when lovely Heidi at the desk told me that there was an intern, and would I be okay if he did the exam or would I prefer my usual GP? I said anyone was fine, adding, “as long as he doesn’t have a habit of laughing at inappropriate times.” Honestly, with the health care system as stressed as it is, I’d have said “yes” to a mechanic. Just get ‘er done. 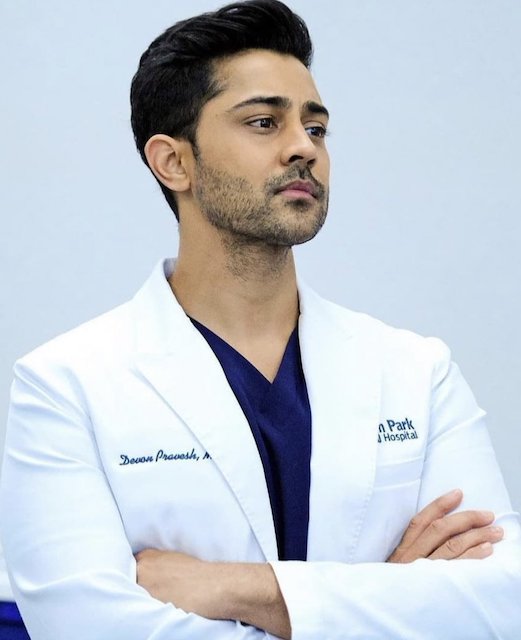 In the examination room, I folded my dainties and left my socks on, preparing for the usual awkward scooch and show. But this young doctor, who told me to call him Josh (’cause I’m guessing that was his name) and from the mask up resembled a handsome Dr. Pravesh from TV’s The Resident, chatted with me and asked some questions and then we got down to business (specifically, mine).

I’ll do my best not to go into great detail, but here’s what I wanted to tell you. He offered me an option not to put my feet in stirrups (giddy-up, Jerry!) and told me about a new position. That’s when I asked, “Oh, so I do the exam on you, then?” and he laughed. It was not a sexual question, just a role-switching joke. (Careful, Davis. It’s the 21st century and not everybody gets you….)

Then he said that he learned this through a gynecological conference, and I told him to be honest: he’d seen it on TikTok. He laughed and said he wouldn’t tell me if he had! But this innovation (at least to me) is meant to let us feel like we’re more in control. That was comforting: it shows me that women are starting to say, “Hey, what if we try it this way…?”

Because you’re reading this and I can’t use my hands to show you, you’ll have to imagine a bear trap snapped shut and then pried open. Feet placed soles-together in the centre, resting on a table extension and in a bit of a yoga stretch, knees as flat on the exam table on either side of me as dexterity will allow. (Am I describing this properly? I’m trying to paint a picture without making you feel icky.)

A few minutes later, it was all done. Light conversation aside (and a joke about how gin used to make this so much easier), I found myself missing the lovely Monet poster that one of my former doctors had on his ceiling. Hey! Why not a word search or a 3D poster, or perhaps a maze from a kids’ placemat. Just a thought.

Was this innovation better than the old way? I think so. It was interesting that there is now an alternative to the extremely awkward and vulnerable position in which we are put every two years or so. (Shout out to Dr. Pettle in TO who used to have oven mitts on his metal foot rests.)

There you have it: a little more insight than perhaps you bargained for (which at least the doctor didn’t say) – but as it was happening I thought, well someone else is going to find this interesting. And you know me: I’ll always have something to say wherever there’s an opening.

Come back Monday. I promise I’ll have regained some semblance of modesty and/or sanity.