Just a thought… Inspiration comes during work, not before it. [Madeleine L’Engle]

It’s funny how 24 hours can pass so slowly – or so quickly – depending on so much that goes outside of us, and within us. We mark our day with meals or the smallest of rituals that help us hold on to a semblance of normalcy. For some, that means sharing time here, and I’m grateful. It’s from you that I get my inspiration.

This connection here means more than my words can express, but I think I’ve tried often enough. So we’ll keep this 7-day-a-week journal going for as long as we need to. I pepper them with videos and light moments, and cherish the thought that we’re spending some time together, just you and I. And say a silent prayer each day that everyone we love stays safe.

Here in BC, we’ve been given an extraordinary gift in the person of one Dr. Bonnie Henry, who has been on this virus since January as our Provincial Health Officer.

A recent article about her told some of Dr. Henry’s backstory: former navy, she’s worked with the WHO on polio eradication and her history includes working in Uganda on an Ebola outbreak. Nearly two decades ago, she worked in Ontario where, after SARS, she talked with every family that had lost a member and knew the impact it had had on them. Imagine that.

Her BC Health predecessor calls her an “example of grace under pressure – of honesty, straight-forwardness, empathy and communication.” He goes on to say that he doesn’t think he’d have done the job as well as she’s doing. It is that care and expertise that she brings with her to shepherd us through these times. There’s even been a sweet ballad written in her honour. Thank you, Dr. Henry!

Even the shoe designer John Fluevog has saluted the good – no, great – doctor. If you’re not familiar with Fluevogs (which I was not until my friend Lisa Brandt expressed her great love for these unusual, Canadian-designed shoes) they’re unique designs that are like pieces of art on your feet and in your closet. I don’t have a pair, but Dr. Henry is a fan. And in her honour, Mr. Fluevog has done this. 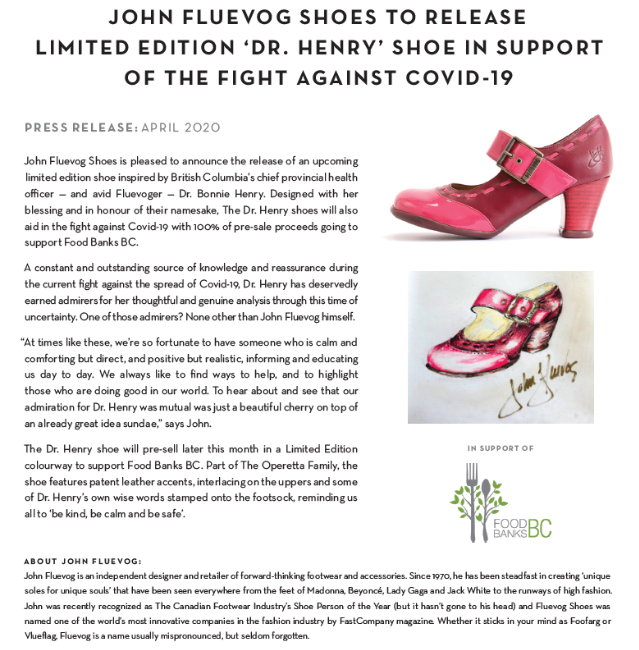 I’m hoping that when all of this is over, Dr. Henry receives honours in the form of the Order of Canada and whatever laurels a grateful country and province can send her way. We bow at her feet, no matter what she has on them.

Here at home, my own designer, Rob, has been busy. Remember those extra pillowcases I was sent a year ago by Wayfair, by accident? (I’d ordered a few pair and got a few dozen instead.) The ones that we didn’t give away have been put to further good use: masks. 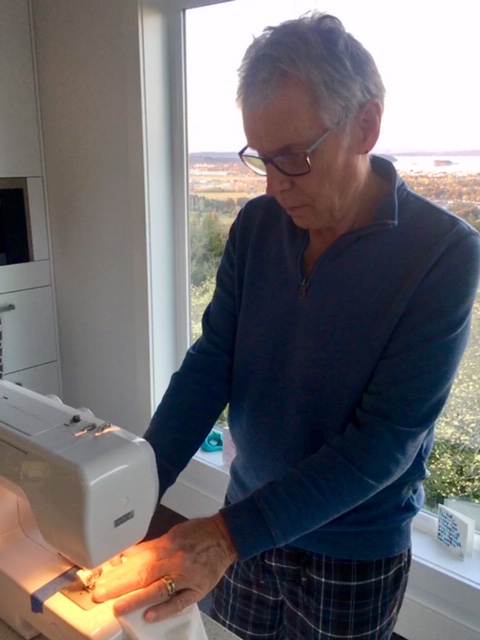 So proud was I of Rob’s handiwork that I sent the picture of his finished product to my friend Lori, a friend since our elementary school days in Trenton and Belleville, Ontario, who is now an Infection Control Practitioner in the Quinte region. See if you can spot what’s wrong with this picture. And “your roots are dark” is not an answer! 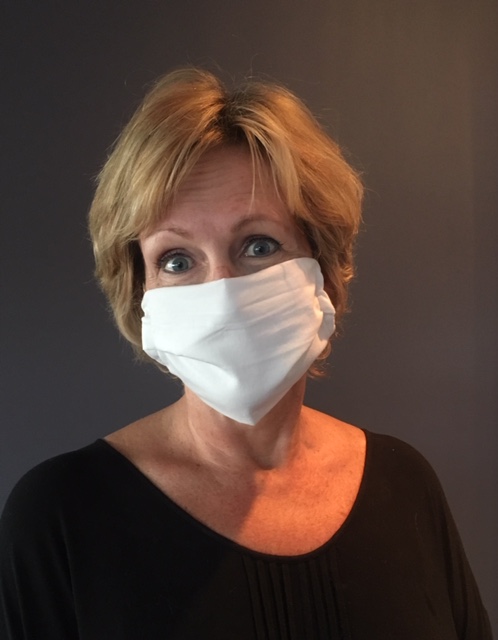 It doesn’t have a nose pinch! For a professional, this mask did not pass the smell (or breath) test. She suggested that, for some who are making their own masks, a plastic-coated twist tie (to prevent rust) is a good nose pincher, while I suppose if you had a nose clip for swimming, that would be super handy too!

Lori sent me an approved pattern of hers and if you’d like, I can forward it to you via email (erin@erindavis.com). But here are a few pics of some very well-made masks that Lori shared with me. They were made by a friend of hers named Bettina. 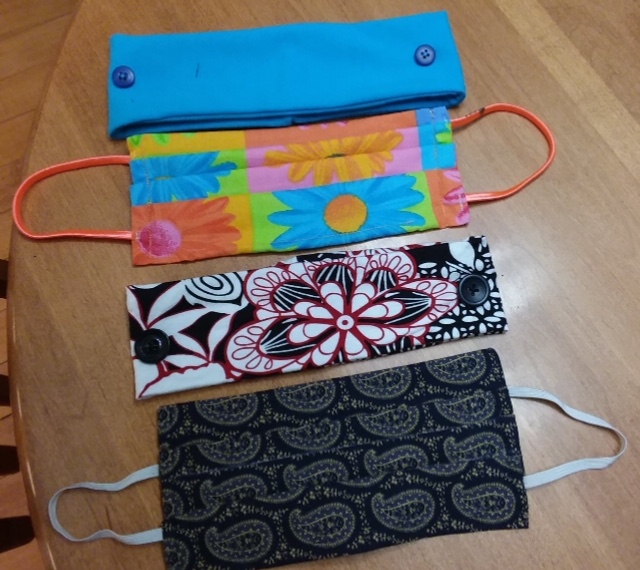 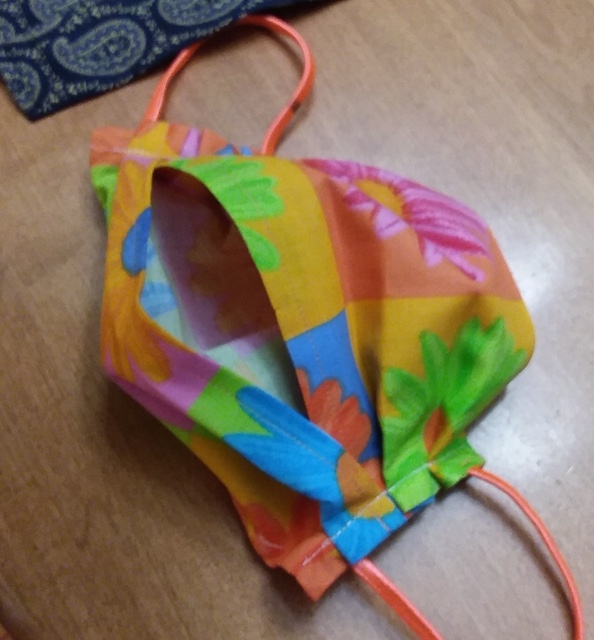 I understand from emails I received in response to yesterday’s journal and on FB that lots of individuals and groups have put their sewing machines to work for the cause. It’s still incredible that we are doing this now, but here we are. Might as well do it in style!

Have a gentle Friday and if this day ushers in a weekend off work for you, congratulations. YOU are appreciated and loved, and I can only hope you know that. Thank you for what you’re doing to keep us safe; the very least we can do is return the favour by caring enough not to spread this virus.

I’ll be back with you tomorrow.