Just a thought… The two most powerful warriors are patience and time. [Leo Tolstoy]

So, hey! Nice to have you here after a week that, for me, has seen a lot of talking, walking, sitting and sharing. Yes, as I mentioned, my sister Cindy – the one who lives in a primarily Canadian and American community in Mexico called Ajijic – came to visit. 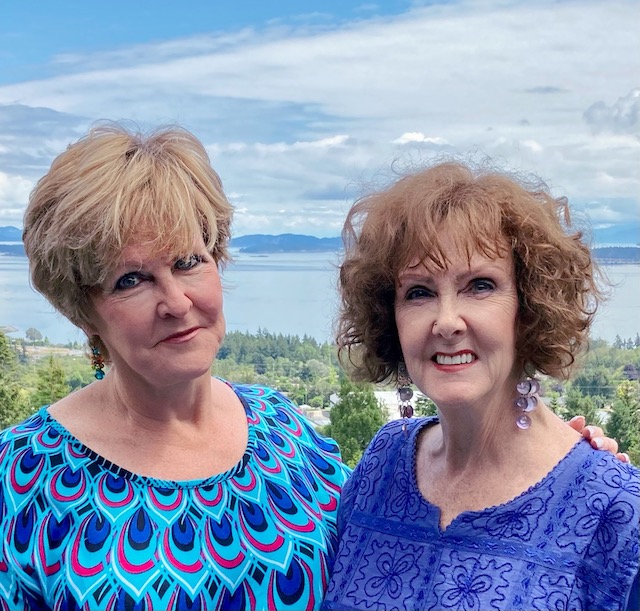 Cindy got here safe and sound and we headed straight for my happy place, which soon became hers: Shirley, BC. It’s near Sooke if you’re looking it up (and you should).

We put on our visors, (top down on the MINI, of course) for the hour-long drive outside Victoria. We strolled the beach, admired the views… 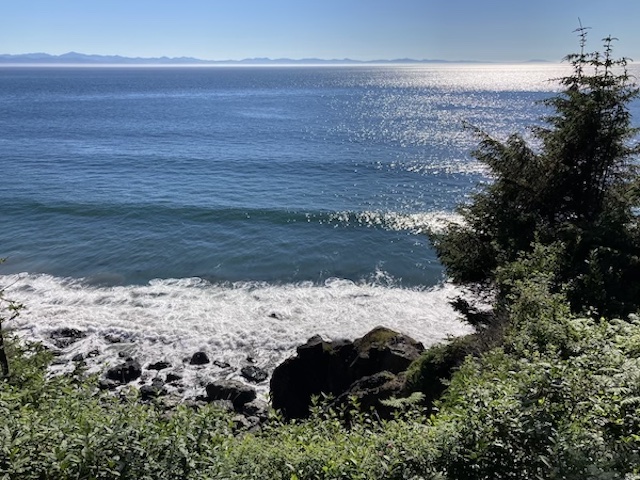 …with breezy sunshine and highs in the mid-teens. 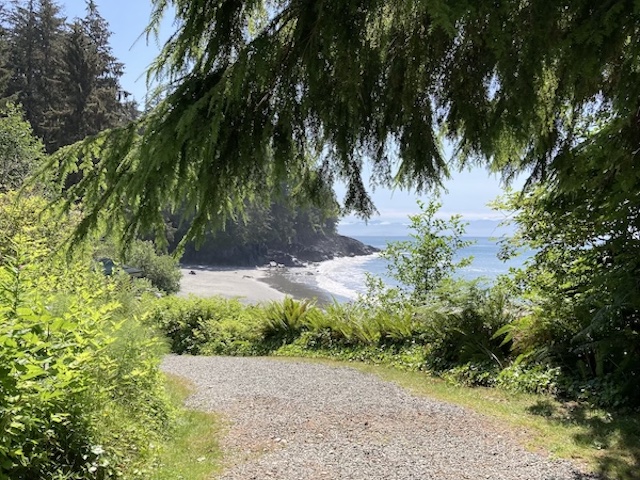 Stayed warm in this water but not the ocean, thanks… 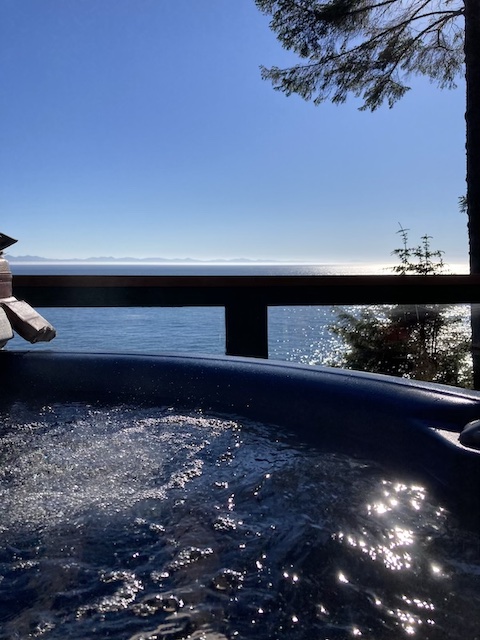 …and by a perfect wood fire in the evening. 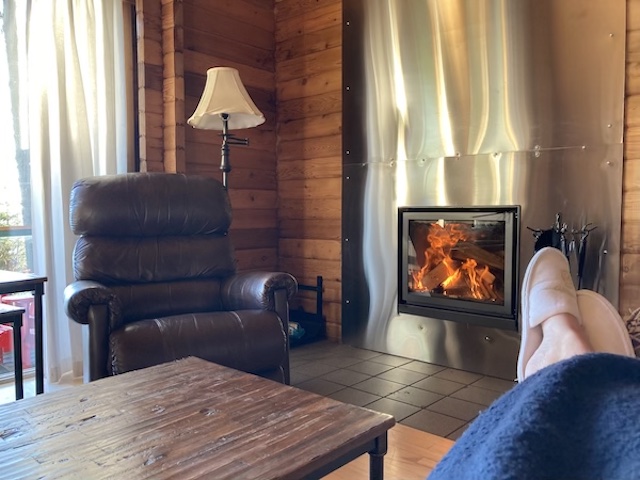 Mostly, we took time to breathe. To inhale the indescribable beauty and the peace. The quiet and solitude. 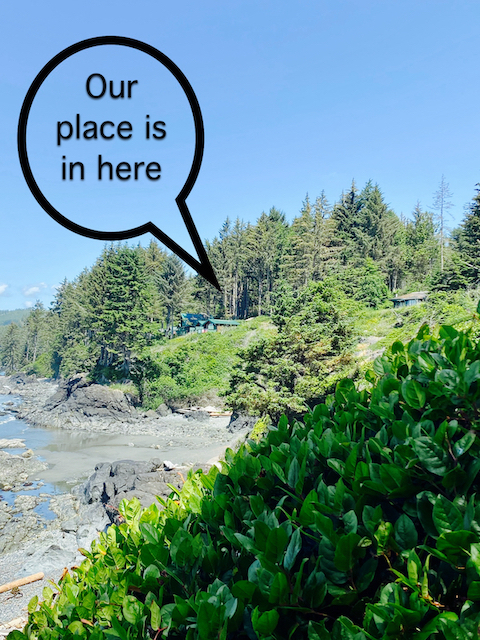 You may recall I told you Cindy’s story a few months ago: married for 40 years, her husband decided to leave her for an American woman he met after he and Cindy had moved all the way to Mexico. Now, Cindy’s like me – like my mom and all four of her daughters, for that matter. When the world shudders or falls apart completely, she takes steps to steady it. And she has taken solid steps to keep moving forward and, heck, some days, just to keep standing tall.

To that end, some of our time was also spent online where she’s starting to dip her toes into the idea of the dating world after four decades of “Status: Married.” Okay, now that was an experience. Writing a profile; how do you sum up who you are so that others will see if you’re a good fit, while also being honest, but not too honest, interesting but not weird, and so on. I have enough trouble with my Twitter bio for heaven’s sake. But there she is, sifting through people who might be a good match according to Facebook’s dating algorithms, and deciding what steps, if any, to take next.

Honestly, I get anxious just thinking about it. I know dating sites have worked for a lot of people, and maybe I’ve watched too many Dateline episodes (as if that’s a thing) but it seems an awful lot of these guys either have a background in creative writing or they seem too good to be true. Of course, I worry for my sister because she’s early in recovery from heartbreak. Like death, it’s a kind of grief that you get through but not over. Well, maybe with new love – who knows? I guess I have to trust she knows what she’s doing and that the universe will give her a break.

Tomorrow she’s off to Kelowna for another sister visit and to see Dad for the first time in three years. Did her stay here help? I don’t know – I can only hope. Often, time itself is the only thing that helps. But if this isn’t part of the prescription… 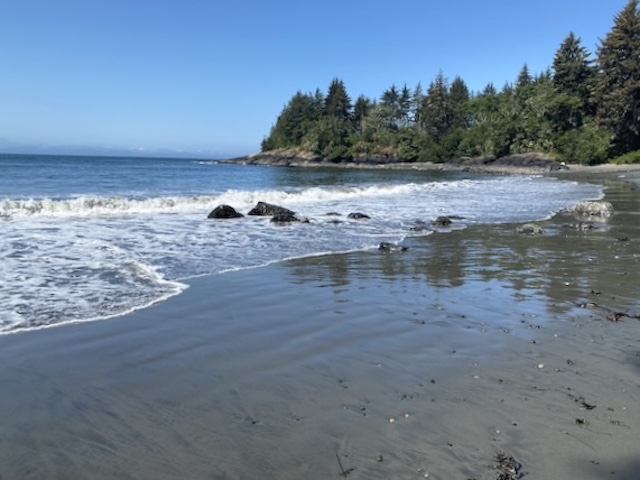 Oh, and thank you for helping put my Drift sleep stories in the top 1.5% of downloaded podcasts worldwide. Tomorrow, I’ll be releasing my take on The Frog Prince. You’ll be able to get it here. Sweet dreams!