Just a thought… The secret to change is to focus all of your energy, not on fighting the old, but on building the new. [Socrates]

Four more sleeps. I’ve got so many emotions coursing through me right now as I write this; but it’s not just the excitement of the tremendous, joyous change that is coming to our lives this Friday evening. It’s a sense of, well, guilt. 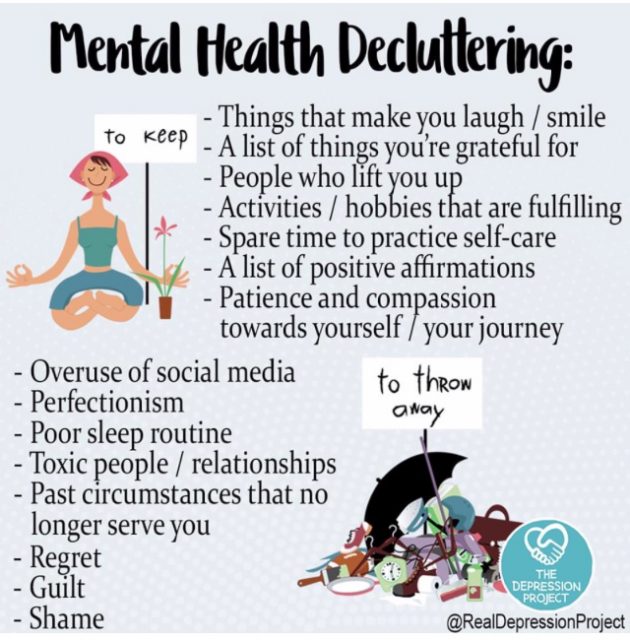 Like so many of the elements of this chart (which I posted to my Facebook page in today’s journal link if you want to share it), guilt is one of the most useless there is, along with shame. If you really want to learn about shame and its toxicity – plus how to deal with it – just read anything by Brené Brown, or look for her special on Netflix.

Because I know that our joy is coming at a cost to the families in Ontario shedding tears at the departure of Phil, Brooke, Colin and Jane to the westernmost part of our glorious country this Friday. While they are enjoying the emotional support of those who are happy about and understand this life-altering decision, of course, the mere thought of the geographical distance is causing heartache – something with which we are intimately familiar.

But there’s also guilt about you, dear reader. And as I pondered this, and what to do inside me to mitigate it, I had to examine where it came from.

Wayyyyyy back in the 1990s when I was fairly new at CHFI, I would write and produce 90 second spoken word vignettes that ran on the station throughout the day that were called “Focus.” A part of the station’s promise of performance to the CRTC, these pieces would be about nearly anything, but I always chose to write about things that would matter to a listener in her late twenties. Someone like me; someone the station was targetting as a listener.

One time I recorded a light piece on the health benefits of walking. And I ended it with a line about “as a new mom, nothing feels better for my heart than pushing a stroller…” or something like that. I don’t remember the exact words, but I remember their aftermath.

My boss at the time took me aside to tell me that he got a call from a woman who said that she was having difficulty conceiving and that “it broke her heart” whenever I talked on the air about having a baby.

I understood the sentiment, but also heard loud and clear what my boss was saying. By passing along the contents of a call to him, he was telling me that he agreed. Stop talking about your baby. Don’t offend someone who can’t have children. No one cares that you’re a new mom.

He didn’t say those exact words, but he didn’t have to. That was the kind of boss he was: he’d forward nasty emails that I didn’t have to see, but would read in the dark early hour before going on the air at 5 or 6 am. Why? Either to take me down several pegs in the self-esteem department, or because he felt the same things but didn’t have the cojones to say them himself.

(I did finally get to the point where, when my new boss Julie came in, in 2005, one of the first things out of my mouth was, “Please don’t forward nasty emails.” I learned that that was not her style of management. And that I shouldn’t have had to ask in the first place.)

So that’s where this comes from, and no matter how much time and money I’ve spent on therapy and vodka, the feeling is still there. If you have something wonderful going on in your life, keep it to yourself; someone else might not like it.

I’ve tried to be careful weighing what’s in my journals and on social media about nearly everything in my life. Not too much heaviness, turn it around so, if possible, it can be about you as well as, or instead of, me. Reflect what people around me are feeling. Try to make sense of things. Vent when necessary and only if you can defend your position. And always endeavour to keep things positive.

There’s enough negativity in the world – especially in 2020 – without people coming here to get it. My job, if you will, just as it was on the radio, is to reflect the experiences of those around me, adding the prisms through which I see and feel them. So, with all of that as background, here we go:

I promise to write journals that will not sound like a family Christmas letter every time you click to come here. I’ll consider what I post so that the content is about you as well as what’s happening in our world. For the first while, it’s going to be a challenge not just to jump up and down and squeal here for a few hundred words twice a week. I know that many people who come here are desperately missing their own families: some are in grief and under tremendous stress, while almost all of us just crave a return to some sense of normalcy. I get that – truly I do.

Bear with me as I navigate the unfamiliar feelings of unfettered joy once again. After mapping out ways to look for it (in a book, even) and then finding it hidden in rabbit holes along our path, Rob and I are stepping into a whole field of joy. I’m running through those tall grasses and wild poppies and daisies now with my arms in the air and, although I may trip now and then, I’ll never lose focus of the fact that you’re there watching from the sidelines, wishing and waiting for your own joy to come, too. I’ll always stop to give you a hug along the way. My promise to you.

I’ll be back here on Thursday.