Just a thought… Dogs are not our whole life, but they make our lives whole. [Roger Caras]

Ah, Election Day. I said it before and I’ll say it again – thank goodness our campaign cycle is weeks and not years like our neighbours to the south. I’ve got to say I had a sick feeling when I read online that a crowd was chanting “Lock Him Up! Lock Him Up!” at a campaign gathering on the weekend.

Shall we add a nice Canadian “u” and spell it deplourable? Because yelling about throwing someone in jail – that’s what we do when we don’t like a political rival now? Not in Canada it isn’t. Take that MAGA BS and stick it south of the border. (The chant was later changed to “vote him out.” But still….)

I’ll stick with a theme of gratitude: for the right to vote (which was bestowed upon most – but not all – Canadian women with the declaration of “personhood” just 90 years ago last Friday), the freedom of democracy, having a strong voice and hopefully returning to some form of civility after the votes are tallied tonight. I’m not so optimistic as I once was about a movement away from anger and hatred among some Canadians after today, but…we can hope. 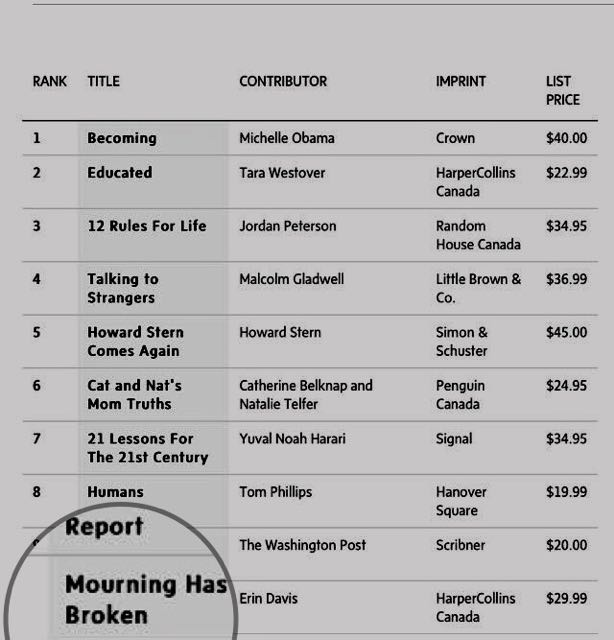 Still hanging in for the year at #10, Mourning Has Broken, I’m told, is #4 among Canadian writers for non-fiction for 2019. To say that I’m thrilled about it is an understatement. I’d give my life not to have written it, but if our story and experiences can help others, then they lend all of this some kind of positive meaning: something in which to find that precious gratitude.

Today I’ll end with a short video of a very special fur baby in our lives. On Saturday, Molly turned 15 years old and we can’t get over how much energy and life she has in her.

A Lhasa-Apso/Japanese Chin cross, I have no idea what her life expectancy is, but when you see this video, you’ll understand if we think she’s got a lot of fuel left in the tank, despite a few health problems.

Her joints and agility are like that of a much younger dog and to that I attribute her daily Leaps and Bounds chewy treat from SierraSil, a product which I joyfully and gratefully still use and endorse (you can click the link to learn more).

Molly’s “brother” Pepper lived a full life of 17-and-a-half years, but he sure didn’t move like this little girl; we sprinkled capsules (ours) over his food so he could still make the jump up to the bed, but Molly is literally leaps and bounds beyond where our sweet boy was at this age.

Interestingly, her appetite has grown over the past year (and so has her waistline) but a bit of extra weight doesn’t seem to be slowing her down at all. Of course, we do see some signs of old age: she’s losing her hearing and she sleeps a lot, mostly on our bed and often between Rob and me.

There’s a special sweet comfort that comes with falling asleep, one hand resting on a softly breathing family member. Rob might prefer it be him instead, but Molly positions herself so that she gets cuddles from both of us.

Now, enjoy this video shot halfway through(!) a long walk last week and picked up when we returned home about 20 minutes later. Click the photo below to watch the video. 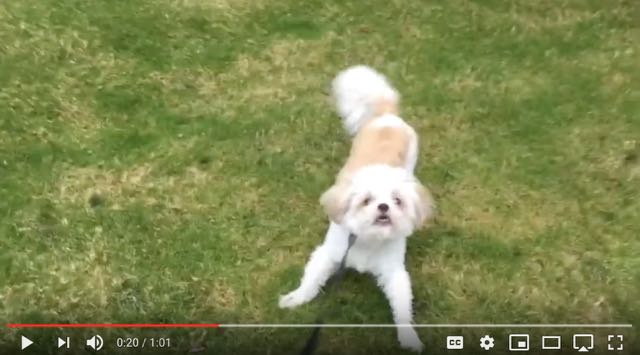 I’ll be back with you here on Thursday, writing once again from an Ontario time zone. My poor confused computer – and body clock! First stop: a big night of inspiration for The Light House for Grieving Children in Burlington, featuring a woman who personally knows tragedy and author of Resilience, FedEx Canada boss Lisa Lisson and me.

Click here for more information and maybe we’ll see you Wednesday night or at another event this trip.