Just a thought… There is no need to explain good intentions. The ones that love you understand and the ones that hate you have no relevancy. [Kushandwizdom.com]

It’s quite a story today so I’ll leap in. Get a coffee and get ready. I told you on September 1st that our dear friend Mira turned 97. My birthday promise was to take her to an opera. And not just any production: one of the biggies.

I knew she loved them, but Mira hasn’t been to one since moving here from Europe and the Middle East some 40 years ago.

Bizet’s Carmen is, of course, a most famous opera: a fiery young woman wraps men around her finger and then, because it’s opera, dies. We were SO excited. 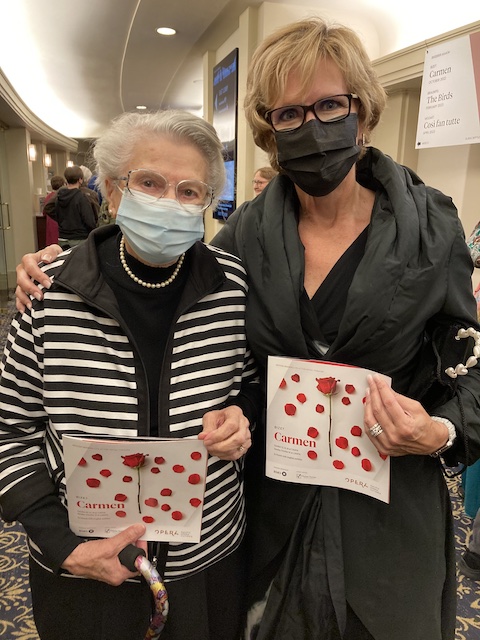 Our original matinee performance was postponed because of a cast member’s illness, so we went on Thursday evening instead. As Rob drove us, Mira talked excitedly all the way downtown about the story, her favourite operas, what to expect and to listen for.

We made our way to rather cramped seats in the century-old Royal Victoria Theatre, 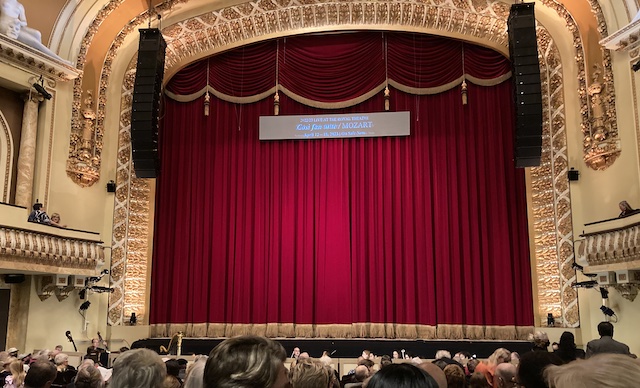 Mira and I felt crowded on both sides, but we settled in, masks on, and enjoyed the first act. Then, just as the second began, Mira lowered her mask and said quietly, breathlessly, “I feel sick. I need to leave.” She tried to insist that I stay – as if I’d let my little friend make her way, cane in hand, up the darkened aisle to get to the lobby!

With whispered apologies, I cleared a path past the people in our row, got to the lobby and got her seated in some soft armchairs hustled to us by the amazing staff. Then Mira’s hands began to shake violently and she could not catch her breath. In between holding her hands and trying to calm her, to steady the cup of water she sipped from, I Googled the symptoms. Answer: anxiety or panic attack. I suggested this to Mira and she responded in short, gasps, “No. Not panic.” Well, whatever it was, it was not good. I called Rob and told him to come quickly; we were taking her to the hospital.

He arrived in ten minutes, and we began our interminable ride, not to the nearest hospital, but the one closest to Mira’s home, at her insistence. Then – oh, no – we had to get off the highway; just ahead of us, at least 10 police vehicles, lights flashing, entered and took up all three lanes. I texted Brooke and asked her to try to learn what was going on and, although she could find no explanation, we knew it wasn’t good and got off at the nearest exit. That meant taking a dark, winding and foggy road. When Mira asked, “How much longer?” we started to think we chose the wrong hospital.

Finally we pulled up to the ER. A helpful commissionaire grabbed a wheelchair and I burst into the entrance in full breathless TV drama mode. “I’ve got a 97-year-old woman having difficulty breathing, experiencing uncontrolled shaking!”

Except that, after being on fast-forward, everything suddenly slowed to a crawl. “Health card number?” “Patient’s name?” “Contact person?” and on and on. From then on, the phrase “hurry up and wait” kept ringing in my ears.

Mira was helped up onto a gurney and covered with three warm flannel blankets. I pulled a chair up next to her. We were two of about 25 people in the ER; more than a few were young athletes who seemed to have sports injuries.

At 9:30 the waiting really began. In the next three-plus hours, we were seen by a nurse twice. At one point, I asked a nurse if Mira could please get some oxygen or anything to help her breathe. I was told I’d have to wait until a doctor saw her. I was also asked by another woman writhing on a gurney if I could please ask a nurse to see her because she was in a bad way. I did; no one came by. For all I know, my message to the same person I asked about oxygen was never relayed.

In the meantime, Rob had been taken home by our son-in-law, who lives nearby, in order to get another car so he could leave me one in which to get myself home. Rob returned with a drink and snack for me, a charger for my phone and a change of shoes. Yes, my poor slippers gave out while I was running around and I felt like Cinderella after midnight. 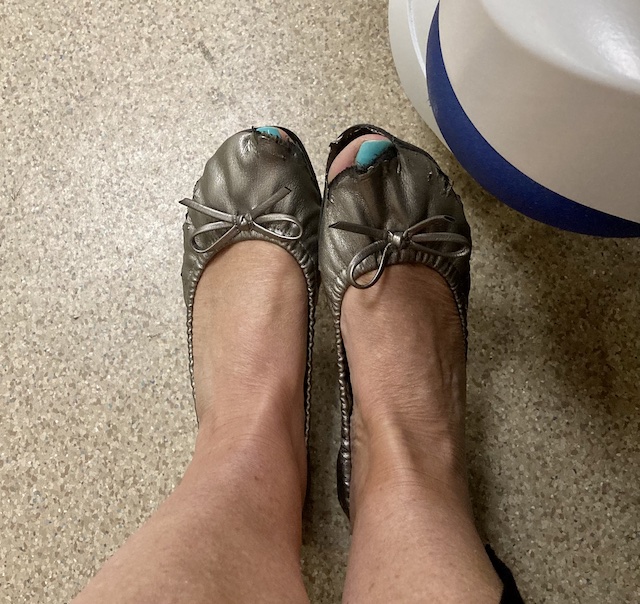 Finally (or so I thought), at 12:40 am we were brought into a small private room in the ER. There, Mira and I got her into a hospital gown and I wrapped her up warmly again. And as she refused to sleep, we talked.

We chatted about what she thinks the afterlife will be. We talked about religion in general. I asked how her Jewish husband wasn’t discovered in the German work camp in which they both met, when Mira was a teen. We talked about those years. We chuckled over her dear late husband’s sense of humour…how her told her the longest period in a woman’s life is the ten years between the ages of 39 and 40.

We laughed. She rested. She tried to catch her breath. And we waited. She made me try on her jacket (sure that I was cold, lol) and gave me her pearls to wear for safekeeping.

Blood was taken; an ECG done. Everyone could not have been kinder.

Then, at 3:10 am I inadvertently seemed to figure out how to get the doctor to come: I went out to add more time to my parking. When I returned, after running from one locked door to another, I was buzzed in and found that the doctor was now with Mira. He said they could find nothing amiss in her tests. No after effects of the bronchitis she’d suffered earlier this year; nothing on which they could pin these scary symptoms.

By now, Mira just wanted to go home. I helped her dress and then ran out to get the car.

Luckily, the fog had lifted and we were the only people on the highway at 3:50 am. I told her it was like this when I drove to work all those years.

When we got Mira to her apartment, she wouldn’t let me tuck her in, never mind stay overnight; a fiercely independent and, shall we say, sweetly stubborn woman, she had a short but restful night. We were both in nap mode all day Friday.

For now, that’s our story.

How Carmen had an early and awful ending for us both. She kept saying how sorry she was; all the while I’m thinking, Jeez, Davis, you’ve almost killed this woman. What were you thinking?

When we talked about it the next day, she said her sons were not at all upset with me for taking her to the opera. She felt totally up for it and had looked forward to it for weeks! But it does seem that it was just so much for her. And no wonder. So many people close by, after years of near isolation.

It was an unforgettable girls’ night out, for all the wrong reasons. I won’t forgive myself as gracefully as she has forgiven me, but Mira’s words thanking me for caring for her during those terrifying hours will stay with me too. I mean, since I caused it all, you’re welcome?

You take it easy and I’ll be back with you here Monday. And don’t forget to ask Google or Alexa to play Drift with Erin Davis sleep stories and I promise you sweet dreams with a short new folk tale on the way for you tomorrow from India.