Just a Thought… When I read about the evils of drinking, I gave up reading. [Henny Youngman]

Oh, but don’t give up yet, ’cause this is one story I’m really not sure how to tell you. I can guarantee that I wouldn’t tell it on the air; there are people who would not listen carefully to hear the details and jump to judgment – including about me and how I handled the situation. I, myself, haven’t quite figured out why I laugh about the whole thing – and there are plenty of people who wouldn’t. But here we go.

It was the January night I was making my connection from Toronto to Ottawa, after a long but smooth flight from Palm Springs. After a three hour layover, I finally got in line to board the short flight to see Phil, Brooke, Colin and Jane.

In that lineup was a man in his mid-thirties who was clearly “altered.” At first I thought it was pot, so low-key and cheerful was he, but then I remembered we were in an airport and it wasn’t likely. He didn’t reek of alcohol, but he sure was on something.

The conversation started when he joked about being in the very back of the plane, and I pointed out that there were still a few rows behind him, so it could be worse. I was in 25, he was in 26. He laughed and we continued to chat.

When I boarded, because I’m so used to Rob pointing the way, I got into the wrong row and sat down by the window. Then along comes Jesse (that’s what I’m calling him because he looked like Aaron Paul’s character from Breaking Bad) and sits next to me. 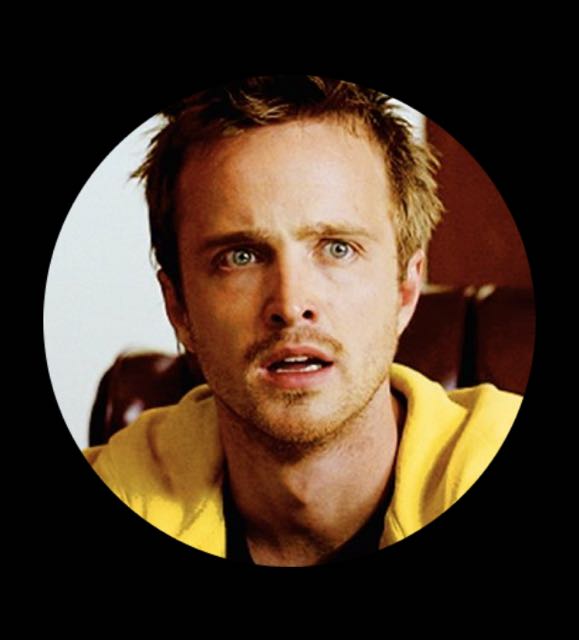 That’s when I realized I was in the wrong row, but the lady who was supposed to be in that seat, recognizing my new seatmate as that guy who was gently weaving in line at the terminal, laughed and said she’d stay where she was in MY seat, thanks.

(I thought me pushing to switch with her would make it obvious to Jesse that I was trying to get away from him. Quite the opposite: I had a pretty good idea that I could handle whatever was going to come.)

Just as he had been in line, he was super friendly and as the flight took off and ascended, he told me that he had been up for some 24 hours and was on his way home for a short visit before heading back to northern Alberta to work.

As the plane leveled off, I pulled out my iPad, put on one of my headphones and opened the first season of Twilight Zone. Well, hadn’t Jesse seen every single one of the shows? An uber-fan of the series, he started excitedly filling me in on the best episodes, the stories behind them and so on. Not wishing to seem rude, I listened to him and didn’t end up watching any of them.

Then, as the conversation continued, he took my right hand and held it up to look at it. And a thought occurred to me: at any moment, he’s going to put it in his lap.

I shook off that crazy notion. After all, I probably have 20 years on him and there’s no way he would be looking to hook up with me in any way, shape or form. At least twice I took my hand back, gently, from his.

And no, my hand never visited Lapland.

Our conversation migrated towards treatment and addiction; he’d been in, too, in Alberta, but said, “It wasn’t for me…” (which I’d guessed). As the brief flight neared its merciful end, he leaned over and said, “I’m going to ask you something.”

After we landed in Ottawa, I took my sweet time gathering up my wires, devices and so on, to let him get out ahead of me. Nice try. At the end of the walkway as I emerged into the terminal, he was standing there. And he asked me if I would kiss him.

“Well,” I said in as kind and firm a tone as I could register, “that’s not going to happen. But I hope you have a nice stay with your girlfriend.” (Yes, a girlfriend came up in conversation on that flight.) He mumbled something and fumbled to get his carry-on together as I turned away and headed solo to the luggage carousel. We didn’t talk again.

At home with Brooke and Phil that night, I laughed as I told them the whole story, adding, “Yep – turns out I’ve still got it!” (which was exactly Rob’s response when I phoned him as I waited for my suitcase). Really, that’s all I could do.

Some people reading this may be upset at the liberties he took – or that I even allowed him to take – in touching my hand, and so on. Did I ask for that later invitation to a kiss? Of course not.

I don’t accept any responsibility for the actions taken by this guy; I was being friendly to him in the lineup to board and I didn’t tell him to stop talking to me on the flight or snatch my hand back.

In retrospect, I think a little bit of me was wary of what can happen when someone in an altered state is riled. I didn’t for a moment think that was likely, but I’m deeply averse to creating a scene.

You have to know that if I thought I was being harassed, assaulted or endangered in any way, I’d have made that scene. I’d have summoned the flight attendant and put a stop to it, or (more likely) just said something to Jesse directly. I can take care of myself and most definitely would have, if I thought the situation merited it.

I’m pretty sure of one thing: I’m sharing with you something that I bet he doesn’t even remember. I hope he gets help before too much time passes and he gets himself into real trouble with someone who’s not quite so patient or who packs a mean punch. But my travels with Jesse were reminder #219 of why I’m grateful not to wake up in the morning and wonder if I did anything cringe worthy.

Take good care of yourself and I’ll be back with you Monday.